I'm sure it hasn't escaped anyone's notice that there are a few bloggers who've been MIA for the last month or so.  Some you worry about, some you miss tremendously for the dose of humor and real-ness that they give us all, and some just slip from the radar for a bit.  I'm one of the last category, I think.  I've been missing, silent.  My heart just hasn't been in blogging for a bit.  I've avoided it.  For a number of reasons.  Tonight, I thought I'd jump on and write up a quick update on all that's been going on....

My fitness journey....ended in a train-wreck.  Sort of.  I've come to the conclusion that I may have been severely over-training.  I'd lift weights, push myself hard and feel the soreness in my muscles the next day.  I'd go to the gym that day, intending to take it easy and just do a slow, light-weight workout.  And then I'd get on the machine and slowly inch the resistance up and increase the time bit-by-bit until I found myself doing an hour-long workout with major resistance and find that my legs were like jelly when I hopped off.  I hit a wall eventually.  I just couldn't do it anymore.  I've tried to go in a couple times a week.  I'd intend to go in the afternoons and then, around 1:00, I'd find myself so exhausted that the only thing I could do was pop a movie in for the kids so I could have a nap on the couch.  It was frustrating.  It made me want to cry.  I've never wanted to be that absent from my children's lives as I was for those afternoons.  Now, a month or so later, and after being treated for two sinus infections and having massive bloodwork drawn, I'm starting to feel like I'm capable of going back to exercising again.  I'm itching to go back!

About that bloodwork......a few months back, it was discovered that my testosterone levels are about twice what they should be.  My doctor decided to run a few more tests in an effort to figure out what was going on.  Turns out my progesterone levels are also much higher than they should be.  The current suspicion is that I have an adrenal disorder that is preventing my body from making cortisol.  Funny thing about cortisol...you actually need it in order to deal with daily stresses.  You hear all this bad stuff about having too much of it, but having too little is not a good thing either.  Little things like trying to get your child to preschool on time are enough to drain you.  Cortisol also plays a big part in keeping your blood sugars stable.  So those afternoon naps....when I clawed my way out of the oblivion of them, it'd turn out that my blood sugar was in the 30-40 range.  Not good.  I have an appointment with an endocrinologist who specializes in the adrenal aspect of things, but it's not until January 23rd.  Hopefully she'll have some answers and solutions for me!

The kids are doing great.  We had a rough few weeks where Lily's blood sugars just wouldn't come down from the stratosphere, but it's passed now.  She's doing fantastically in school.  The teachers tell us that they're finally starting to get full-sentences from her!  She's absolutely amazing.  I know I'm completely prejudiced as her mom and all, but she makes such interesting observations and asks some fantastic questions sometimes.  Tonight, she asked me if the water that comes out of her (pee) is the same water that she just drank!  Leo is still a naughty little thing.  He's finally sleeping in his own bed and as much as I miss snuggling with him all night long, it's turned out to be a good thing for him and Lily.  They're sharing a room and every now and then, we'll go in to test Lily and find this: 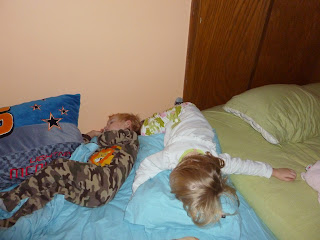 Aren't they cute?  Leo asks Lily if he can sleep in her bed sometimes.  She always says no, but as soon as we leave the room and Leo is asleep, she crawls into his bed with her.  It's just too cute!  They spend time playing together each morning before they wake us up.  It's especially a good thing since we can't seem to get them to sleep past 5:30!  On Christmas morning, we heard Leo call out at 5:15, "There are presents all over under the tree!"  Lily's cry of, "Santa came!" wasn't far behind!  I've got to share a few more pictures of them since they're so darn cute and are my whole entire world! 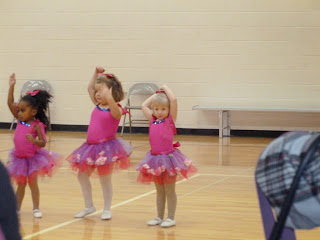 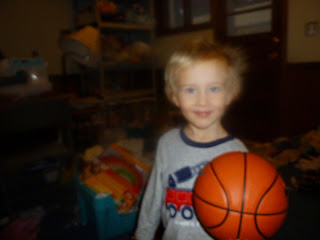 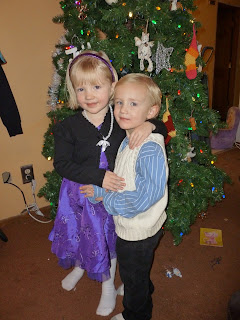 My Christmas cuties!
On the crafting front....here are a couple pictures of the many, many things I've been working on lately: 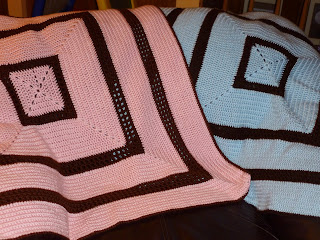 Blankets for a friend's twin babies 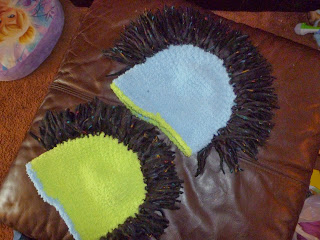 Mohawk hats!
There's a whole bunch more, but I think I'll save it for later.  I'm thinking of doing a small giveaway, nomination-style, and asking for nominations from the DOC for a couple of moms who are in need of a tiny little something for themselves.  I'd say moms who deserve, but everyone in the DOC is deserving!  Anyway, that's for another day.  For now, I'm heading to bed.  Night, all!﻿
﻿
﻿
﻿
Posted by Cindy at 9:33 PM